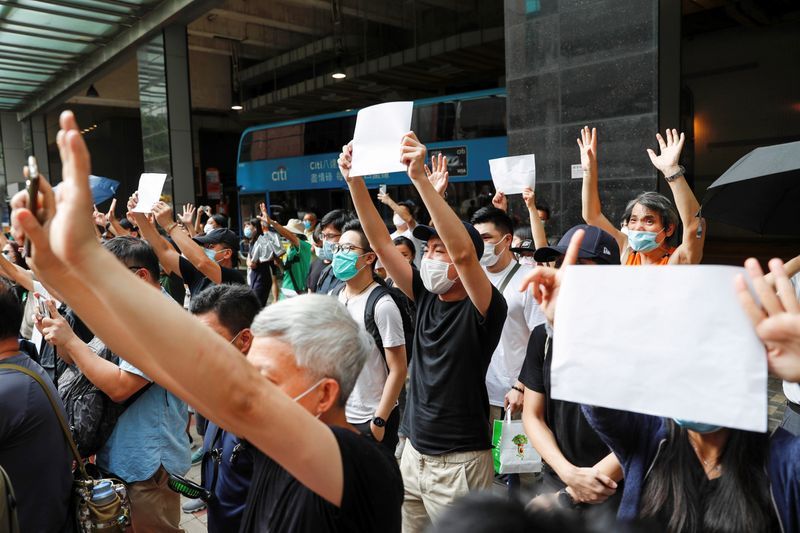 The Australian government  announced yesterday, the 9th of July 2020, that it will be offering a pathway to permanent residency for thousands of Hong Kong citizens that are currently in Australia, while suspending its extradition agreement with the city in response to China’s crackdown on personal freedoms and dissent.

Those that hold temporary work visas and student visas will get an extension and be able to stay in Australia for up to five years and apply for permanent residency, when that period is reached. The government will also support businesses that are looking to move their operations from Hong Kong to Australia.

The recently announced visa changes will affect around 10,500 students and 1,500 people that are holding other relevant visas, most of whom are already in Australia. Despite this major announcement by Australian PM Scott Morrison, there are still no plans for a humanitarian intake of Hong Kong residents. According to PM Morrison, the refugee and humanitarian stream is always available for those seeking to apply.

Hong Kong’s controversial security laws drew outrage from numerous nations around the world, including Australia that denounced the harsh law which was originally imposed by the Chinese Government. Australia is also suspending its extradition agreement with Hong Kong as there are concerns that maintaining an extradition treaty with Hong Kong could lead to people facing charges in China.

Acting Immigration Minister Alan Tudge said the changes would provide a pathway to permanent residency in Australia for some Hong Kong residents.

“Current and future students from Hong Kong will be eligible for a five-year temporary graduate visa on the successful conclusion of their studies, and that will come with a pathway for permanent residency,” he said.

Applicants from Hong Kong that put their hand up for talent and business innovation programs will be prioritised to come to Australia, and the Government says it will incentivise businesses to move from Hong Kong to Australia. Mr Tudge said that would come with a “package of visas” to allow staff to relocate to Australia and work towards permanent residency.

What are your entitlements?

With the ongoing impacts of the Coronavirus pandemic and global political pressures, migrants and visa holders are going through monumental challenges. Many are stranded while others have no idea what is in store for them.

During this ambiguous time, it is worth speaking to one of our MARA registered migration consultants and getting relevant immigration advice that may be of significance to you.