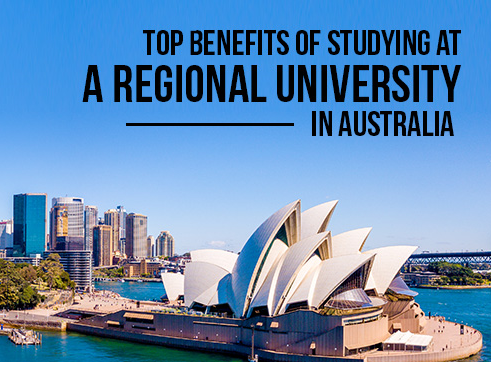 Australian universities are desperate to bring back it’s international students and resume their courses. Some campuses in regional Australia have already proposed special flights and other measures that might allow overseas students to come to Australia.

According to Regional Universities Network (RUN), certain exemptions should be made for international students that have chosen to study in regional universities rather than those located in metropolitan areas such as Sydney and Melbourne. The RUN  represents seven regional universities across Queensland, NSW and Victoria, and has already submitted a proposal to the government and its executive director, Caroline Perkins, who has expressed her eagerness for students from countries such as South Korea and East Asia to come to Australia. The proposal consists of several statements from state/federal leaders that have stressed out the urgency in bringing back international students.

Victorian Premier Daniel Andrews said last week he hopes to get “international education back on its feet soon”. NSW Premier Gladys Berejiklian has been pushing for a quarantine system — the same used returning overseas travellers — for students eager to come to Australia.“There’s no reason why, in the future, we shouldn’t consider allowing students to go through that process, to make sure they’re 100% safe before they go to university,” Berejiklian said. As COVID-19 restrictions are still in place, overseas students will have to be tested before departing and after arriving to Australia. Perkins further went on to say that universities on the Gold Coast, including Griffith and Bond , would be able to charter direct international flights and send arriving students to nearby accommodation facilities. Australian PM Scott Morrison has also made a statement where he expressed his willingness to work with educational institutions and help achieve its goal in bringing overseas students back.

As many might know by now, the Australian government had implemented a three stage plan that helped ease restrictions. At stage three, flights will be operating to New Zealand and the Pacific Islands and international students might be allowed to enter the country again.

International students studying in a regional area can gain an additional five points and many opportunities, such as job openings on the Regional Occupations List, will be available.

Temporary visa holders can now extend the deadline to convert overseas and interstate driver licences by one full year. As a result of the Coronavirus, driving tests in Victoria were temporarily suspended. As a result the state of Victoria announced the deadline for the conversion of international or interstate licences to be extended by 12 months to April 29, 2021. This applies to all overseas licence holders residing in Victoria, including temporary visa holders such as international students and newly-arrived migrants. All customers who had an appointment prior to the suspension of drive tests and computer-based tests, are being contacted directly to advise them of the new deadline. Restrictions in relation to driving practice and driving lessons have also been relaxed recently. According to the VicRoads website, this means that aspiring drivers can now “undertake supervised driving practice. Supervised drivers are full licence holders which may include family members, volunteer mentors and also qualified driving instructors.”

For more information about visas speak to one of our MARA registered migration consultants. If you are looking for employment opportunities (with sponsorship), our recruitment consultants can assist you.